The passing week was another week of sideway action, expanding the range from above and below, closing at the middle of the Weekly range.

Finally, it has reached the target for the AB=CD pattern suggested after the Brexit news recovery, at 2189.

The passing week can still be treated as a bullish pinbar, where a thrust above it is a bullish signal to reach the 2215 level, just like the target level of the Weekly bullish pinbar the market printed three weeks ago.

An aggressive bullish signal is to buy a thrust above the High of Thursday, at 2184.5, where the target is the same as for bullish setup to reach 2215 (the Weekly bullish pinbar). The conservative way, that might be safer in the month of August, is to wait for a thrust above the Weekly High, at 2190.75 in order to get Long on a Daily swing.

Slightly below that target there is the 161.8% extension level of the Brexit reaction, at 2204.8.

Far above, there are still the target for the Month of June bullish pinbar on a sloping 8 EMA, at 2250 approximately, but I doubt that the market would continue the current Weekly bullish momentum to reach that target without a considerable correction first.

As for the bearish side, a thrust below the Weekly Low at 2165.5 is a bearish setup to reach the 2145 level, but this is not a good idea and practice to buck a clear uptrend and a bullish momentum on the Weekly with the first Daily bearish setup. In such cases it is always better to wait for a second bearish setup to enlarge the validity and probability for the move to achieve the targets, justifying for the risk involved. 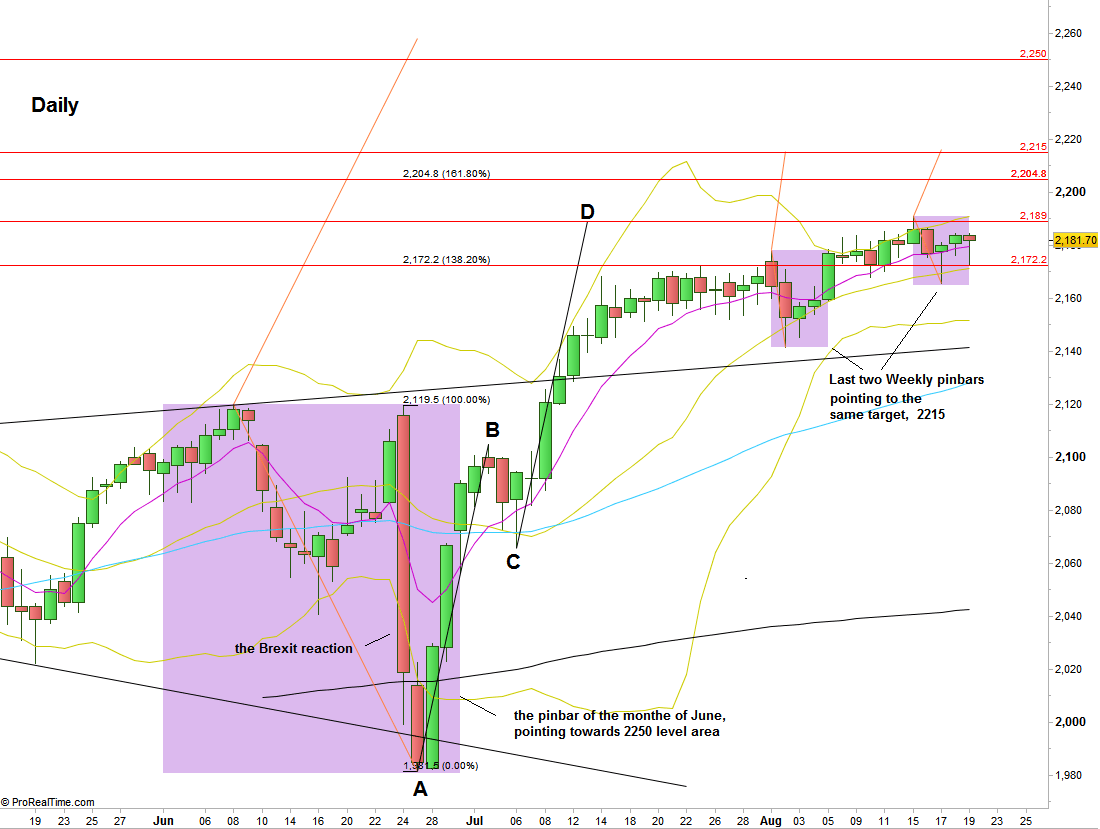 S&P Futures, Daily chart. The Weekly and Monthly pinbars mentioned in the review are painted in purple (at the courtesy of prorealtime.com)