After more than a year, the all time High of 2134 has finally been taken out. The whole Yearly correction since 2015 can be considered as a corrective Elliott Wave 4, while now we might be “officially” at Elliot Wave 5 of the Bullish market since March 2009.

As mentioned in the last review, except for the Quarterly bullish pinbar (target at 2250~) there isn’t any bullish price action setup on the smaller Weekly and Monthly timeframes and the last major Weekly price action was a megaphone, so it won’t be surprising to have soon a big corrective and consolidation phase of a Quarter before going probably higher to 2250.

The weekly bar has penetrated the upper Bollinger Band considerably. The coming week is going to penetrate the upper band as well, so it is not correct to look for bearish signs on the Daily timeframe not to mention the Weekly, at least not before there is a contra bearish Weekly bar that ends very weak. 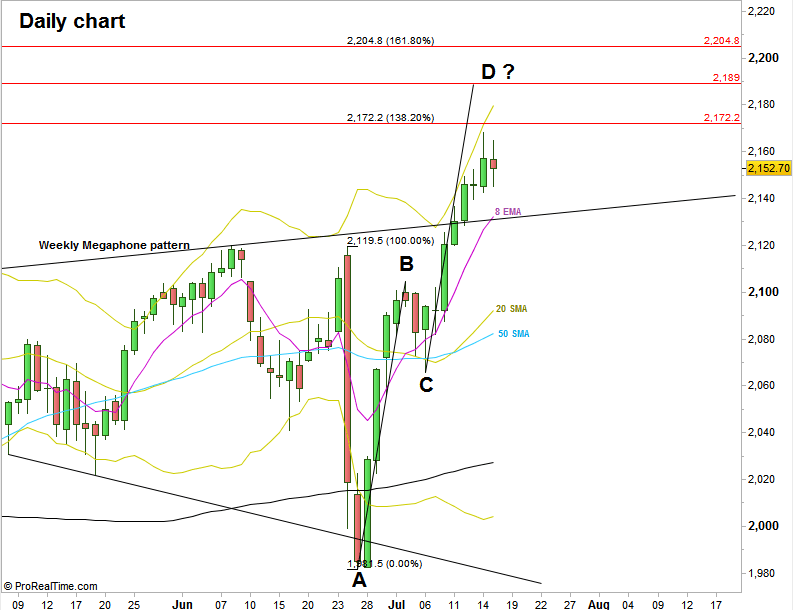