The SP500 market showed weakness throughout most of the passing week by staying in the lower side of the monthly range. Even after a clear sign of strength on Thursday, made by a bullish pinbar on the Daily lower Bollinger Band, a thrust up that was made on Friday most likely should have started a bullish move, at least to the top of the range. But after that thrust up, market reversed again to close Friday rather weak.

In the last review, I mentioned the bullish setup with current target at the 2180 area, with a stop loss below the Monthly Low, 2022. This Stop Loss level should now be moved higher to the passing week’s Low, at 2040.75.

Since the market has made a follow thru, which currently is very weak, the passing week’s Low at 2040.75 becomes now a trigger point for the next two weeks. If the price takes out this level, it is a bearish setup to reach the 1970 area, at the High of the month of February. Taking out the Monthly Low at 2022, would most likely drive the prices down to the level of 2012 within the same Weekly bearish momentum, prior to any considerable correction up.

If the above mentioned bearish scenario does happen, that would probably be the monthly scale normal correction to the mid Quarterly range after taking out the 3 Month LHBL (Last High Before Low) level at 2110.25.

On the other hand, if the weekly Low at 2040.75 remains respected, the current Weekly bullish setup to reach the 2180 area is still valid.

Here is the Daily chart with the main support and resistance levels. 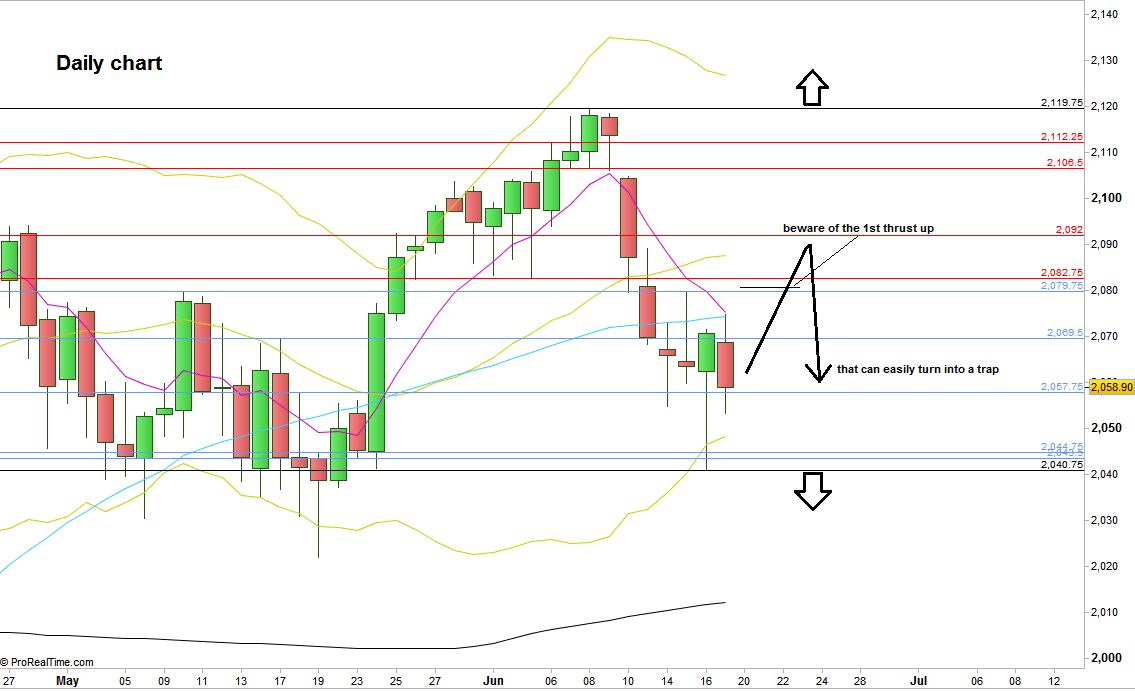 SP Futures: Daily chart (at the courtesy of prorealtime.com)